A tribute to my second son - Dyslexia Daily Blog

A tribute to my second son 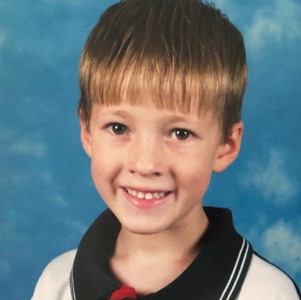 My second son has just graduated from high school and finished year 12. We have just had his valedictory dinner at the Melbourne Museum. It was a magical evening.

My school journey isn’t over just yet, I still have my daughter to go and of course, the support I offer to my three children won’t stop any time soon either.

“It doesn’t matter how old your child is, when they have a school learning difficulty, there are always ways you can provide support and advocate on your child’s behalf and that includes teaching them to advocate on their own behalf as well.”

I remember when my second son started school. He was the cutest little poppet you have ever seen.

He’s a bright spark let me tell you, even back in prep at 5 years of age, I remember him telling me how he wasn’t very impressed when he had to sit and wait while his teacher chased kids around the room to put their shoes on and tie their shoelaces. He told me how boring it was having to sit on the mat, having already tied his own shoelaces to wait for half an hour.

My second son has always been super independent, catching buses to trash and treasure markets and skate parks as a young person. He is really active, likes to fish and loves; free diving, spear fishing, camping and being outdoors. You can imagine then, that school was not his favourite place. He found sitting still in class and having to listen to teachers excruciating.

I think for most of his school life he was not interested in the school subject matter unless it was sport, a design or creative subject, cooking or outdoor education.

In Grade 3 he came to me and said,

“I can’t read. Some of the children in my class have just got glasses, I think I need glasses.”

I was surprised, I didn’t think there was anything wrong with his sight except a sensitivity to bright sunlight.

We went and saw an optometrist, but his eye test showed perfect 20:20 vision. Despite this, he continued to complain and then one day after school he threw his bag at my feet in frustration and tears and ran for home. I found him in his room crying because at school that day he had only been able to write one sentence when the class was writing about dragons. He complained he couldn’t see the page.

At this time, he was a great storyteller, keeping audiences around the campfire completely enthralled with his incredible stories so, why couldn’t he get those amazing stories onto the page?

Off we went to another optometrist for yet another eye test which again showed perfect 20:20 vision and again we were both left completely confused.

It was then I began to investigate visual processing deficits as a possible cause and Bingo!

It took until about grade 5 before we were finally able to figure out what was happening. When he focused really hard he could get a single word to stay in focus on his page, but the rest of the words would shudder. Every time he moved on to the next word, he would again have to focus really hard to get that word to stay in focus while the rest of the words shuddered.

He was actually reading word for word to word. No wonder he was suffering from debilitating headaches.

His fluency rate was really low, and his reading ability was well below his age level too.

“Helen Irlen is the founder of the research around scotopic sensitivity and she uses colour to try and get the timing of both eyes to match.”

Other things to try include eye exercises and patching of the stronger eye allowing the weaker to become stronger.

He tended to go for the really dark colours and ended up with deep red glasses.

For the first time in his life, everything on the page stayed still!

Everything calmed down for him, the headaches stopped, the stress stopped, the fluoro-light glare stopped and for first time in his life he was reading fluently. This happened in about 3 weeks.

His red glasses helped him enormously and the result was a changed child.

As I said, he has just finished year 12 and he wore his red glasses the whole way through. He always had them with him, because he needed them.

It has been a pretty full on journey to get to this point. I’m not sure where we would be today without his red glasses. They made a massive difference and allowed him to catch up with his reading and spelling really quickly and as a result, he did incredibly well.

He didn’t love academic learning, but he loved his friends, loved all the different experiences and had a really great school experience.

Last night, my second graduated from high school, with all his friends and we celebrated with his friends’ parents who have also become our good friends.

Today I pay tribute to my son. He has done exceptionally well, and I could not be prouder of him.


How to get a learning assessment for your struggling child

9 Areas of literacy teachers need to focus on