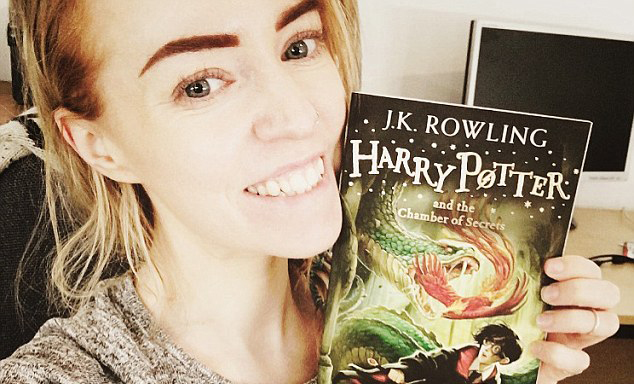 After the tragic death of Alan Rickman, 69 of cancer recently,
Stephanie Wickens, says that if it weren’t for reading Harry Potter,
she would never have overcome dyslexia as a child.

The news of Alan Rickman’s death deeply saddened me as I feel that the Harry Potter franchise has played an important role in my life, and hence the inspiration for this piece. Rickman, who died at 69 and played Severus Snape in the Harry Potter films, was a person who I admired, and respected, and the character he portrayed triggered a nostalgic response in me about how I overcame one of the most challenging hurdles in my life.

Dyslexia is a learning difficulty that affects 6.3 million people in the UK and causes problems with abilities such as reading and writing. It can have a massive impact on a person’s learning development, and also their self-esteem. The National Literacy Trust: State of the Nation and Impact Report found that one in six adults still only have the reading skills of an 11-year-old. And in the Journal of Child Psychology and Psychiatry, by Bruce F. Pennington, it is stated that one in 10 of the population are estimated to have dyslexia.

As a child, school was a challenging experience on a daily basis. When I was in primary school, teachers noticed that my reading and writing were not as developed as my classmates. I was the slowest in the class when it came to basic maths and English skills. I would be too scared to admit I didn’t understand, so I never asked for help and I would silently panic. On my 10th birthday, I remember the teacher had set a task, but I was confused as to what I was meant to be doing. Chattering filled the room as the other kids happily got on with their work, and I sat doing nothing. I was desperately trying to figure out what to do when my teacher’s voice boomed across the room and screamed at me to ‘JUST DO THE WORK’. The whole room had fallen silent, and 30 pairs of eyes were on me. It made me feel like I was being punished for not understanding.

After a few special tests, I was diagnosed with dyslexia. I started going to special one on one classes where a lady would go through the alphabet with me and simple word sounding activities. However it did little to improve my learning difficulties.

“I felt self-conscious in case I was laughed at, and above all, I felt stupid” 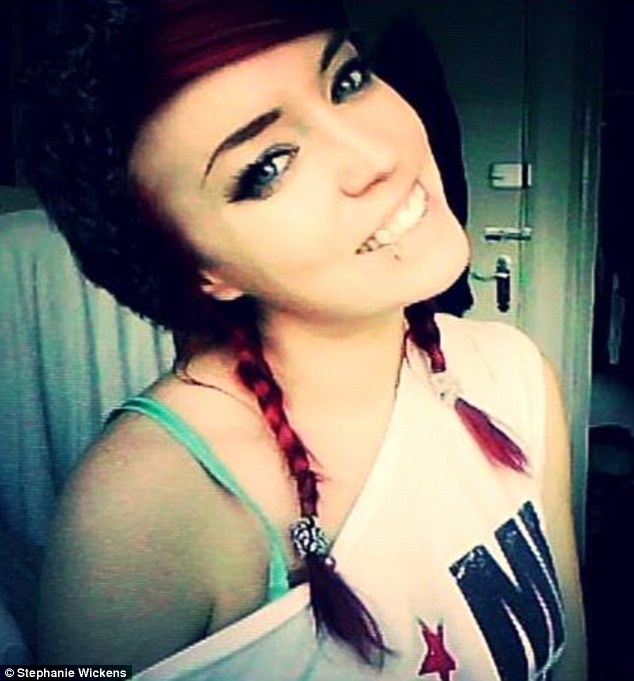 When I started secondary school I fell extremely ill and was diagnosed with Crohn’s disease. The ordeal my health put me through dealt a devastating blow to my schooling. Before I knew it, my first year of secondary school was over, and I had only managed to attend a few classes here and there. I was severally behind with my learning, and the dark shadow of dyslexia hovered over me every moment of my life.

Battling with both Crohn’s and dyslexia at the same time made me feel hopeless, and out of control. I would often think to myself that I would never succeed at anything, so what was the point in trying? I couldn’t read, I couldn’t spell, and my life consisted of hospital visits.

I struggled to absorb the meaning of words when reading a sentence. It would take me three times as long to read one page of a book, and all the other children in the class would have finished long before me. I felt anxiety when it came to reading out loud in front of people, self-conscious in case I was laughed at, and above all, I felt stupid. I could never understand why learning was so difficult. I became hateful of school, and I was relentlessly bullied for being ‘stupid’. One time a teacher thought my essay was so badly written that in her lesson she put it on the projector to show the whole class as an example of poor English. The class spent the whole hour long lesson discussing all the things that made it a terrible essay. I felt humiliated, and the second the lesson was over I hid myself away in the toilet and cried.

My parents were desperate to find a way to resolve it, so they decided to pay for me to go to a private dyslexia specialist twice a week. She was experienced in teaching people who suffered with learning difficulties, however, it was an expensive solution at £50 an hour. I continued to have after school lessons with her for a year, but I found it difficult to focus as after school my mind was elsewhere. I was unhappy and resented having to give up my free time for more learning when I already hated school so much. I didn’t have any motivation. I begged my mum to let me quit, and eventually she gave in and stopped booking the lessons.

“I would often find myself reading the same sentence over and over again, but still not knowing what I had just read”

As a child I loved to hear stories, and would ask my mum or nan to always read me a bed time story every night. Due to my dyslexia, reading was a massive challenge as I would often find myself reading the same sentence over and over again, but still not knowing what I had just read. I was completely dependent on other people to read a book to me.

However, I was getting too old for bed time stories, so I was forced to find other ways to feed my addiction for literature. When I was 12 my older sister had recently discovered Harry Potter by J. K. Rowling. She started to read it to me once a day, however, the story was so gripping that once a day was just not enough for me. The exciting and alluring nature of Rowling’s writing drove me to pick up a book for the first time. 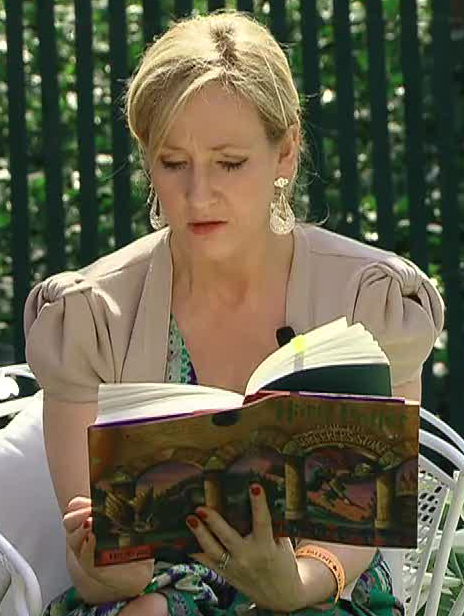 Author J.K. Rowling reads from Harry Potter and the Sorcerer’s Stone at the Easter Egg Roll at White House

I was amazed at how she was able to incorporate such complex themes and ideas into her books, but still write in a style that I could understand.

It was challenging at first. I blundered my way through the pages, stumbling over words, often not understanding the meaning. But I was so desperate to find out what happened next that I forced myself to get through, book after book. The more I read the faster I was getting. I enjoyed reading Harry Potter so much that I found it was giving me confidence in other aspects of my life. Every time I came to the end of a book I would feel an overwhelming sense of achievement. Like I had climbed a mountain. I felt so proud of myself that I just couldn’t wait to do it again. My confidence hit a high as my grades started to improve in my English classes, and the anxiety I felt about reading out loud disappeared as I was eager to show off my new reading skills.

“my reading had improved so much that I had finished the 607 page book in under 42 hours, and taken in every single word of it” 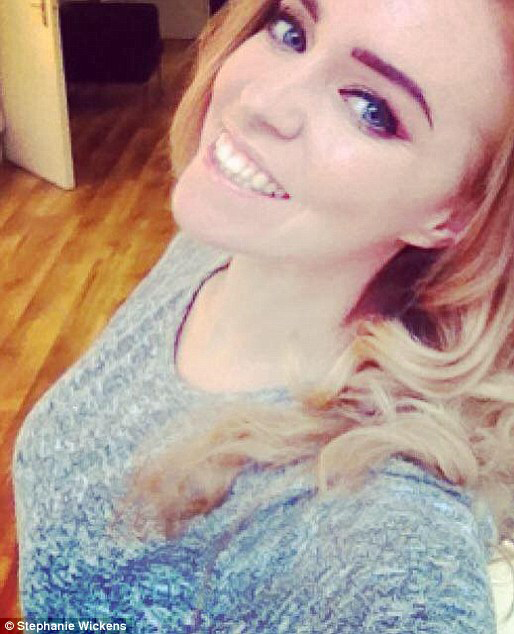 After finishing the fourth book, I was horrified that I would have to wait a whole year for the next one. I was so in love with reading that I knew I couldn’t go that long, so I went looking elsewhere for books to read. I started to scour the young adults section in book shops, obsessively fluttering over all the fantasy fictions. I started reading other book series such as Philip Pullman’s His Dark Materials trilogy, and Garth Nix’s Old Kingdom series. The speed of my reading became faster, and my writing skills improved dramatically. By the time the final Harry Potter book was released, the speed of my reading had improved so much that I had finished the 607 page book in under 42 hours, and taken in every single word of it.

By the age of 16 I found myself devouring every book I could get my hands on, and had moved on to more advanced fiction writers such as Jane Austin’s Pride and Prejudice, and George R. R. Martin’s A Game of Thrones. I even enjoyed studying the works of Chaucer, Milton, and Shakespeare in my English classes.

“I graduated with a 2:1 degree in English Literature and Creative Writing”

Reading had deeply inspired me to become a writer myself. At 17 I went to college and took A-Level English Literature, and after that I got accepted into Kingston University. Three years later, I graduated with a 2:1 degree in English Literature and Creative Writing. I am now a writer and journalist at Healthista, and my goal is to one day write a novel.

I don’t believe there is a cure for dyslexia. However, I do believe that anyone can improve their ability to learn just through the simple art of reading. According to Dyslexiaaction.org, ‘many people learn strategies to manage the effects of dyslexia, but it does not go away and its effects may be felt in new situations or in times of stress’.

I have managed to overcome the disability to the point where its hindrance is almost non-existent now. Sometimes I find myself reading a word wrong, my hand writing is messy, and I still struggle with my spelling at times. But reading has definitely been the tool that has helped my battle with dyslexia, and it has given me the strength to follow my dream of becoming a writer. It has inspired me, guided me, and aided me in all of my accomplishments so far.

Things you were taught at school that are wrong