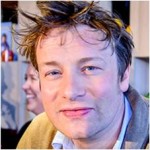 Great Britain’s Jamie Oliver, host to over a dozen TV cooking shows, author of 17 cookbooks, writer of 1000’s of healthy and euphoric recipes and one of the world’s most successful and richest chefs, has never finished reading a book in his entire life – not until (recently) 2013. 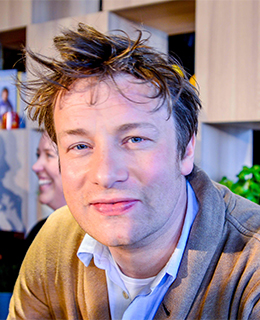 “I’m dyslexic and until recently, I’d never got through a book,” Jamie says during an interview. “But I’ve read Catching Fire. I love disappearing into a story.”

Jamie has finished reading the 391 page science fiction novel: Catching Fire, the second part of The Hunger Games trilogy by Suzanne Collins. It seems that Katniss has again inspired and captured the curiosity of another outside her district.

“I noticed that my daughters had read over 2000 books,” Jamie once remarked.

“I read the second book in the Hunger Games series and now know what it is like to get lost in a book.”

One of his daughters who has the same learning disability is having great success in reading and learning from a school in Los Angeles. ” My daughter’s school teaches with a hippy approach that really works,” he explains. “They teach you based on the things you like. My daughter was learning through songwriting.”

Oliver prefers schools that do not single out children to be pulled out for additional help. He was once teased and labeled as a learner with “special needs” by his mates at Newport Essex School. They would ridicule and sing “Special Needs” to the tune of “Let it be” (The Beatles) when he was taken out of class for a special needs session.

Jamie Oliver lived a hard and humbling life as a young student. Be that as it may, he ultimately succeeded and flourished to become one of the world’s most famous celebrity chefs of today. Jamie, among other things, is also an advocate who speaks out at schools for others with dyslexia on what they are doing wrong and how it could be done better.

This is my Daughter’s Story