Reading, Writing and Assessment: Researchers on The Verge of an Early Dyslexia Diagnosis - Dyslexia Daily Blog

Reading, Writing and Assessment: Researchers on The Verge of an Early Dyslexia Diagnosis

In a nondescript, state-of-the-art lab in Oechsle Hall at Lafayette College in Pennsylvania, USA Associate Professor of Psychology and Neuroscience, Lisa Gabel monitors her students.

Her undergrads are assessing how lab rats negotiate a maze, which is similar to a virtual maze that children will navigate with a joystick on a computer screen. Testing these mice is a forerunner to testing the children, and the specific test that Dr. Gabel has constructed is a groundbreaking one, to be sure.

For while there’s still additional testing to be done, Gabel is at the precipice of a pioneering study on a subject that has dogged the scientific community and, by proxy, parents and students, for generations.

Gabel has discovered an early-detection method for dyslexia in children.

“We determined that the maze enabled us to successfully identify individuals with dyslexia,” she said. “The way it works is that a child will show some deficiencies when negotiating the maze that are related to a cognitive disorder, which is similar in pattern to people with dyslexia.”

Gabel’s research with humans and animals was intended to identify a specific cognitive deficit with a direct link to dyslexia. Gabel’s research suggests that there is a difference in the problem-solving ability of children with dyslexia, and their performance with the maze identifies that problem.

While this work is being done 1,500 miles away from the metroplex, its results will be far reaching and consequential for anyone who has ever battled dyslexia, and for the parents of children who will have dyslexia but their children are too young for a diagnosis. For me, this is an extremely important study because I am dyslexic. I went into this profession because, although dyslexic, I was also stubborn, and I had to do something that people told me I wouldn’t be able to do.

This study was put on my radar by Kathleen Parrish, the associate director of media relations at Lafayette College. She was one of our frequent contributors when I was the editor-in-chief of American Way magazine, and over the years, she read various columns I’d written about overcoming dyslexia, which is to say I’ve written about how you never really overcome it. But when Parrish told me about the work being done in Easton, Pa., and about Alan Pesky, the benevolent alumnus helping fund the study, she had my undivided attention.

“My ultimate goal is to patent the maze online so we can make it freely available to anyone who wants to become tested,” Gabel said. “The hope is that if you can identify a child with certain needs, you can point that child in the right direction to receive the needed help.”

Gabel has a big heart to go with her big scientific find, and she also has a well-heeled financier behind her. After all, Gabel’s son is dyslexic, which is just another causal tie binding her to one of Lafayette College’s native sons, whose own son was also dyslexic. The well-heeled financier is the vanguard when it comes to not only researching dyslexia, but also helping those with it cope and thrive. That man has been the driving force of the scientific movement since 1997.

And that man has taken the spectacular fortune he’s amassed in the advertising world and used it on numerous philanthropic initiatives. That man is Alan Pesky, and the most meaningful hat he wears is as founder and chairman emeritus of the Lee Pesky Learning Center in Boise, Idaho.

At 82 years old, Alan Pesky is still the living embodiment of what the Roman poet Juvenal articulated: “Mens sana in corpore sano,” or a sound mind in a sound body. What’s more, Alan is the ideal parent in both a literal and figurative, benevolent-father sense.

Alan’s eldest son, Lee, was a tall, handsome and athletic boy, a chip off the old block, as it were. But Lee didn’t have his father’s mental prowess or learning aptitude, at least not overtly. 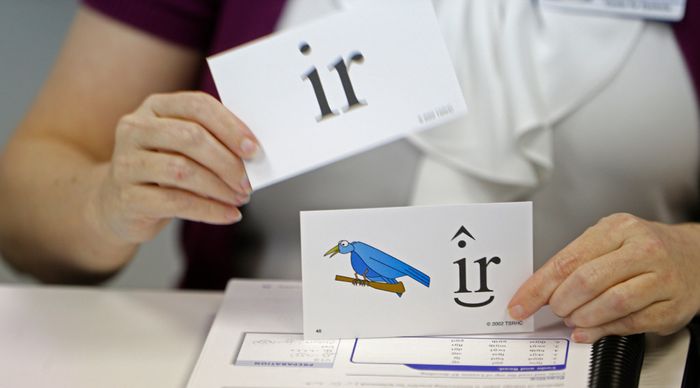 Back in the early ’70s — and for decades before that — students with learning disabilities were either classified as mentally retarded (in varying degrees) or just plain lazy. It was literally that cut-and-dried until later that decade, when educators introduced special education into some schools’ curriculums. Lee Pesky fell into this new “special” classification. When he was in third grade, the school suggested that Alan and his wife, Wendy, withdraw their boy and enroll him in a special school that was created for slower students.

Keep in mind that Alan Pesky was already an internationally known advertising executive. He came from nothing — his was a working-poor upbringing in Philadelphia. With little more than intellect, drive and a puritanical work ethic, Alan put himself through college in the 1950s, joined the United States Army and, after a successful stint in the military, received his MBA from Dartmouth College.

“I’m the first one in my family to go to college,” Alan said. “I have a great deal of respect for people who achieve, especially because nothing was handed to me on a silver platter. I take great joy in being able to help others.”

That help starts at home.

Like any father who sees his child struggling, Alan was naturally concerned about his son’s learning ability. And like any self-made man, Alan was initially leery of the amount of effort Lee was putting into schoolwork.

“I’m an overachiever and here I had a son, a big, tall, handsome kid, who was not fulfilling what I felt his talents were and what he should be doing,” Alan recalled. “It was very upsetting.”

More upsetting still was just how difficult it was back then to diagnose learning disabilities.

Tellingly, this was a taxing time for father and son.

“There was a period of time when ‘learning disability’ was not in the English language,” Alan said. “Special education wasn’t introduced into the language until the ’70s. The kids were labeled ‘slow’ and ‘stupid.’ Lee went to a private school in Connecticut, and I was called in by the teacher saying Lee couldn’t do the quality of work we’re expecting. That was tough stuff.”

Alan and Wendy did get Lee properly diagnosed as having dyslexia, and, in turn, they got him the help he needed. Lee did his part by working his tail off, first to make it through middle and high school, and then he worked harder to get into Lafayette College.

Lee graduated, moved back to his hometown of Boise, Idaho, and opened a bagel shop. The Bucking Bagel — the Eastern bagel with the Western kick — was flourishing, and Lee had found his stride. Then one day in 1995, doctors found a brain tumor in the 30-year-old. It was inoperable. Twenty-five months later, Lee passed away.

“During that 25 months, we lived a lifetime,” Alan remembered. “When he took ill, we decided that we would do something to keep his memory alive. Nothing made greater sense than to do something dealing with children with learning disabilities in Lee’s honor. That was in 1995. We opened the doors to the center in 1997.”

The center is the aptly named Lee Pesky Learning Center in Boise. The center is the only full-service facility of its kind in Idaho and the four neighboring states serving those with special education needs. In collaboration with Boise State University, the center also helps to educate teachers on how to instruct dyslexic students.

But the center is not a school. It’s a facility where children in Idaho come to get some extra work in with specialists. Those specialists work closely with the school districts, as well as with clinicians and researchers at Boise State in order to stay abreast of all the latest teaching techniques and technology. And it is in the center, in collaboration with Gabel and her students at Lafayette, where the virtual maze is administered to students between the ages of 5 and 13.

Back at Lafayette College, Gabel’s work is still work in progress, but she’s made considerable headway, and her findings are starting to make some noise in scientific and neurological circles. “I can’t tell you that if I tested every dyslexic child that they’d all have the same pattern, but we tested 100 children, and the ones tested as reading impaired performed significantly lower than those that weren’t.”

Gabel’s extensive research into finding a way to diagnose dyslexia before a student is in school and suffering from its debilitating neurological impairments has been going on for almost two decades, and her results have culminated with the publishing of a half-dozen papers related to the functional consequences of abnormal cortical development associated with dyslexia.

And with those publishings came international recognition. She’s currently doing a year as a guest professor at the International School in Germany and using her appointment abroad to record the results of non-English-speaking students with the virtual maze.

While the Dallas Independent School District struggles with funding dyslexia programs locally, I’m glad to know that people like Alan Pesky and Dr. Lisa Gabel are sallying forth and are pioneering new ways to combat the disorder.


Is Your Child Super Clumsy?