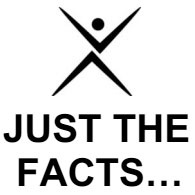 How common are spelling difficulties?

Spelling is difficult for many people, but there is much less research on spelling than there is on reading to tell us just how many people spell poorly or believe they spell poorly. Less is known about spelling competence in the general population than is known about reading achievement because there is no national test for spelling and many states do not test students’ spelling skills.

Almost all people with dyslexia, however, struggle with spelling and face serious obstacles in learning to cope with this aspect of their learning disability. The definition of dyslexia (see Fact Sheet on Definition) notes that individuals with dyslexia have “conspicuous problems” with spelling and writing, in spite of being capable in other areas and having a normal amount of classroom instruction. Many individuals with dyslexia learn to read fairly well, but difficulties with spelling (and handwriting) tend to persist throughout life, requiring instruction, accommodations, task modifications, and understanding from those who teach or work with the individual.

One common but mistaken belief is that spelling problems stem from a poor visual memory for the sequences of letters in words. Recent research, however, shows that a general kind of visual memory plays a relatively minor role in learning to spell. Spelling problems, like reading problems, originate with language learning weaknesses. Therefore, spelling reversals of easily confused letters such as b and d , or sequences of letters, such as wnet for went are manifestations of underlying language learning weaknesses rather than of a visually based problem. Most of us know individuals who have excellent visual memories for pictures, color schemes, design elements, mechanical drawings, maps, and landscape features, for example, but who spell poorly. The kind of visual memory necessary for spelling is closely “wired in” to the language processing networks in the brain.

Poor spellers have trouble remembering the letters in words because they have trouble noticing, remembering, and recalling the features of language that those letters represent. Most commonly, poor spellers have weaknesses in underlying language skills including the ability to analyze and remember the individual sounds (phonemes) in the words, such as the sounds associated with j , ch , or v , the syllables, such as la , mem , pos and the meaningful parts (morphemes) of longer words, such as sub- , -pect , or -able . These weaknesses may be detected in the use of both spoken language and written language; thus, these weaknesses may be detected when someone speaks and writes.

Like other aspects of dyslexia and reading achievement, spelling ability is influenced by inherited traits. It is true that some of us were born to be better spellers than others, but it is also true that poor spellers can be helped with good instruction and accommodations.

If dyslexia is suspected, and the student is at the kindergarten or first-grade level, simple tests of phoneme awareness and letter naming can predict later spelling problems, just as they predict later reading problems. If a student is struggling to remember spelling words, a standardized test of spelling achievement with current national norms should be given to quantify just how serious the problem is. In addition, a spelling diagnostic test should be given to identify which sounds, syllable patterns, or meaningful parts the student does not understand or remember. A spelling diagnostic test, such as a developmental spelling inventory, will tell a teacher exactly which consonant, vowel, syllable, and word spellings the student must be taught. Third, the student should be tested on his or her knowledge of the most commonly used words in English that are necessary for writing, as these, too, should be emphasized in instruction.

How do children learn to spell?

Children gradually develop insights into how words are represented with letters in preschool, kindergarten, and first grade. This process moves ahead much more quickly (and successfully) if instruction in sounds and letters is systematic, explicit, and structured. Spelling of whole words is facilitated when the child understands that words are made up of separate speech sounds and that letters represent those sounds. As knowledge of that principle increases, children also notice patterns in the way letters are used, and they notice recurring sequences of letters that form syllables, word endings, word roots, prefixes, and suffixes. Memories for whole words are formed much faster and recalled much more easily when children have a sense of language structure and receive ample practice writing the words.

Inventive spelling or spelling words the way they sound is common in preschool and kindergarten children and is a desirable step in understanding how we use letters to spell. However, inventive spelling is not sufficient for students to learn all of the conventions and patterns of Standard English writing. Encouraging students, beyond the beginning of first grade, to invent their spellings or to ignore correct spelling is not constructive.

Is the English spelling system predictable or unpredictable?

The English spelling system is not crazy or unpredictable. It can be taught as a system that makes sense. Nearly 50% of English words are predictable based on sound-letter correspondences alone (e.g., slap, pitch, boy). An additional 37% of the more common words are almost predictable except for one sound (e.g., knit and boat). Other information, such as the language from which a word came (e.g., Old English, Latin, Greek, or French) and word meaning, also helps explain the spellings of words. Only 4% of English words are truly irregular and may have to be learned through whole word methods, such as tracing and saying the letters while the word is being memorized. Thus, it is possible to approach spelling instruction with confidence that the system by and large makes sense—an encouraging observation for students who have great difficulty forming memories for words.

What are the implications for teaching?

Spelling instruction that explores word structure, word origin, and word meaning is the most effective, even though students with dyslexia may still struggle with word recall. Emphasizing memorization by asking students to close their eyes and imagine the words, or asking them to write words multiple times until they “stick” are only useful after students are helped to understand why a word is spelled the way it is. Students who have learned the connections between speech sounds and written symbols, who perceive the recurring letter patterns in English syllables, and who know about meaningful word parts are better at remembering whole words.

Classroom spelling programs should be organized to teach a progression of regular spelling patterns. After first grade, spelling instruction should follow and complement decoding instruction for reading. Children should be able to read the words in their spelling lesson; most learners can read many more words than they can spell.

Understanding correspondences between sounds and letters comes first. For example, before spelling a word, students can orally take the sounds of the word apart. Then, they can recall the letters that spell those sounds. Next, patterns such as the six basic syllable types of English should be taught because they represent vowel sounds in predictable ways. Third, students should be taught a few basic rules for adding endings to words, such as when letters should be doubled, when y is changed to i , and when the silent e is dropped.

A few irregular words should be practiced daily (e.g., come, they, their, who). Tracing and saying the letters, building the words with letter tiles, copying and writing in sentences, all help build memories for irregular words. Students may be able to handle only a few new words at a time, and they may need many opportunities to write words accurately and with supervision before they can remember them. As words are learned, exercises to build fluency, such as word and sentence dictations, are helpful. Having students keep a list of their own particular “spelling demons” for reference supports the development of proofreading ability and aids mastery of the spelling of those challenging words.

It is important that students learn to spell words for writing and not just for spelling tests. Transfer to spelling in everyday writing is essential. It helps if the student is taught to use a proofreading procedure that involves checking for one element at a time, such as punctuation, capitalization, spelling, sentence structure, and organization.

Important accommodations and task modifications for dyslexic students include the following: