To anyone finishing school this week – a story of encouragement

Well here we are – Midnight in London and 10am in Toowoomba… 10 years to the hour since I officially finished my high school studies.

To anyone that is finishing high school this week – a little story of encouragement for you.

I struggled through high school because of an outdated education system that expects all children to learn the same – with books, pen & paper. Unfortunately that’s not how I learn, and not how my brain works. I had some really good teachers that understood this, and I had some that didn’t. Because of my struggles I left high school with the worst grades in a class of 45, the worst grades in many years of a graduating class, and had one of the worst OP scores you can possibly get. Leaving high school with an OP 21 (for those who don’t know what an OP is – its a rating system used in Queensland, Australia to rate kids from 1 to 25, with the higher the number, the more disgraceful it is seen). I like to think my self as a half intelligent being, but this stupid double digit number said otherwise.

I was labeled by some of the people I graduated with as useless, and as someone that would never amount to anything. Told by some of my class mates I would forever be an idiot… for a while I believed them. I also left school with no clear direction, I had next to little to no career guidance by my school, and never had anyone sit down and ask what I loved and try and develop a career plan from that. 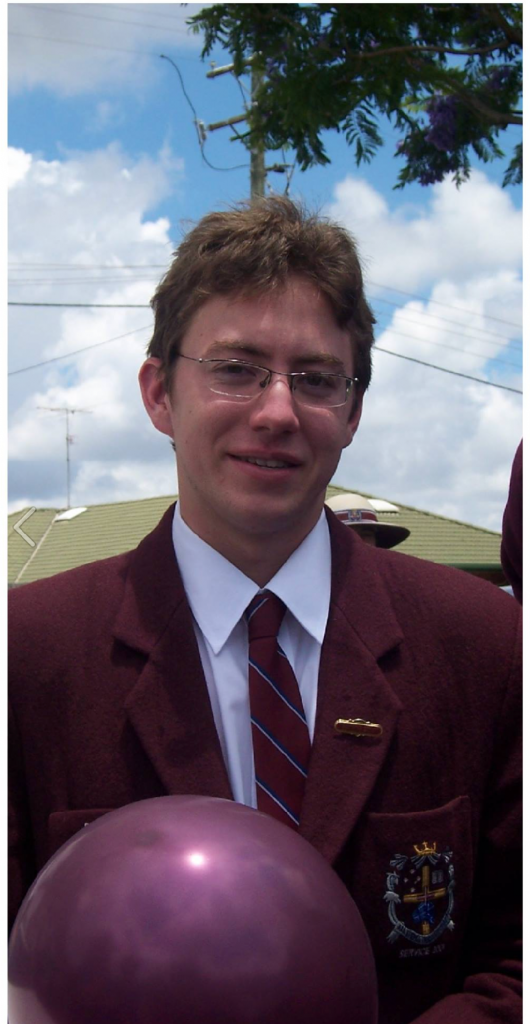 I’m here to tell you, that your OP is useless and does not, and will never dictate your life, or your future. It is just a stupid number that causes stress, grief and restless nights.

I went to the University of Southern Queensland through a backdoor option – and guess what, I found out I wasn’t very good at that either. To this day I have never told anyone this, but I didn’t even show up to the exams for semester 1 because I knew I had no understanding of the topics that were being taught in my degree. I went to Queens Park in Toowoomba with a pizza and a 1.25L Coca Cola to ponder my life and wonder what I was destined for. I was very alone & very scared during those times of wondering what someone like me would ever do with his life.

I wanted to travel, I had a love for technology & aviation, and I had a love of news and current affairs. For some reason or another, I could never join the dots that there was a good career path involving all these things and much more… but it didn’t come to me for a few years.

Every single morning before school my mother would place The Toowoomba Chronicle on the kitchen table for me to read during breakfast. Every Saturday even as young as 13 or 14 years old I would read the Saturday & Sunday Paper. Every morning I would go to news websites and read the latest news from Europe & North America that happened while I slept.

I would read the national papers in the school library – and was very upset on the days the school librarian decided the front pages of bad news such as terrorist attacks or local serious crime were too graphic for teenagers and would hide the newspapers for the day. Even as a teenager I had a strong opinion on press censorship… even if it was just the school librarians hiding newspapers.

Yet I missed all these little hints that there was an exciting, adventurous and amazing career to be had… I was so stuck on that stupid number I was given… branded with an OP 21 like a hot iron, and thus being branded as a dumb-ass, a failure and a moron by many of those around me.

To this day, I have not had one job interview that asked me about my school grades or that stupid number. They asked if I work hard, they asked what I was interested in, what my passions were, if I get along with people, what my dreams for the future are. Never about my grades.

The Chronicle gave me my first taste of what was to come. I got a job in the advertising department, but on my first day I was allowed to sit in on the editorial meeting. I found it fascinating that these journalists and the editor Steve Etwell were shaping the community of Toowoomba, that they were shaping the agenda of the next day for what would be talked about. There was a real sense that what they were doing around that table in that old newsroom on Ruthven Street was important work, it mattered, it had value to the community.

Fast forward a few years I really start learning about how the news industry works, how fact checking works, how to source stories. I had a lot of beautiful people offer me a lot of valuable insight into what it takes to be a journalist, and to gather the news.

I of course then went across to WIN Television Toowoomba where I was given a chance of a lifetime… Signed on as a News Cameraman without knowing where the on switch for the camera was.

Some more handwork, many long hours and dedication led to the opportunity to go to Darwin, Melbourne and now London. 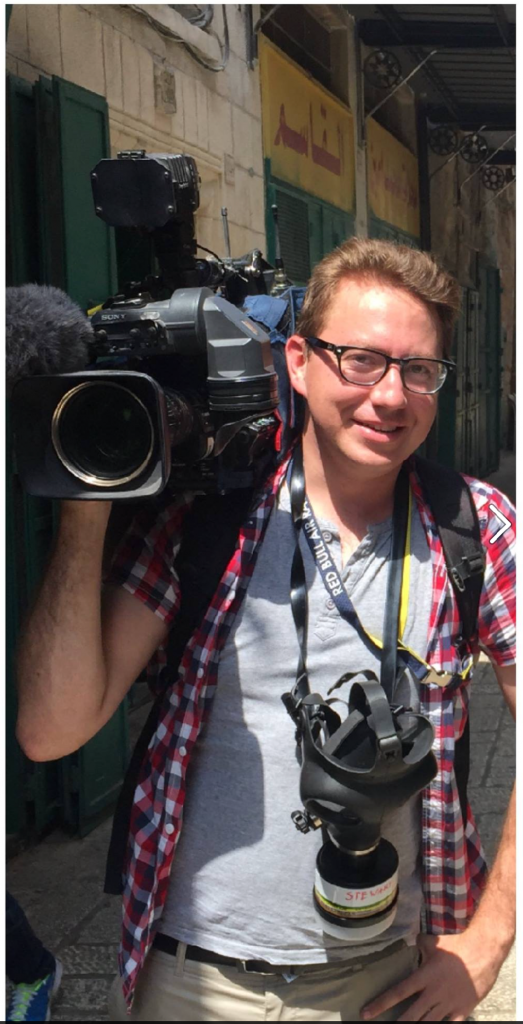 I now have a beautiful life in a beautiful city. I’m the managing director of my own company, I have a career and job I love, and I get to travel all over the world and work with and learn from the best in my industry. I’m surrounded by the very best humans I could find, of whom I love dearly.

Once I left school, and got that stupid number out of my head and not let it haunt me, label me or dictate who I was – I was able to choose the path for my own life. I blocked the school bullies from my phone and social media, and made new friends that didn’t judge me.

The day after you graduate high school you’re given a blank slate, you can choose who you have in your life, and in the words of the great Dr. Seuss “You have brains in your head, You have feet in your shoes, You can steer yourself any direction you choose.”

And while education and doing the very best you can with your God given abilities and talents is important, the grades you get, the OP score you received in the mail… it won’t, and doesn’t dictate the path you take in life. You get to choose where you go, the people you have in your life, and you get to choose where you go in life. Never let a stupid number dictate that.

Work hard, have fun, be fun to be around, find a career that you are not only good at and passionate about, but that you can grow with over time.

Travel, meet as many new people from as many cultures and backgrounds as you can, learn about the world around you, and never stop pushing yourself. There’s a whole big and exciting world out there!