A New Teaching Approach Has Wyoming Inmates Reading With Success 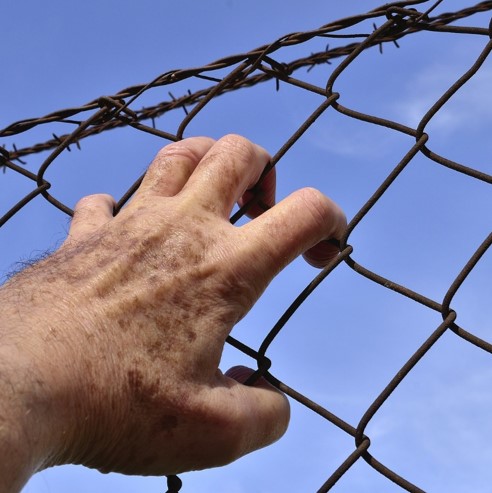 Learning Latin has become a breeze for some of the inmates in the Wyoming Department of Corrections, thanks to the Orton-Gillingham methodology the educational staff has implemented into the curriculum.

Orton-Gillingham is a structured, phonics-based multi-sensory approach to teaching students to read.

Teacher Gloria Wolf last year received training from the Institute for Multi-Sensory Education (IMSE) and used those skills to teach her students — many of whom “can hardly understand English” — Latin “a few prefixes, suffixes and bases a day.”

“I thought it would help improve their ability to understand vocabulary they were unfamiliar with, which is a struggle for them,” Wolf said. “What I didn’t expect was how quickly they learned it and how much it helped in every way. They began asking me the etymology of words and sharing new words they figured out on their own. But the most exciting part was when the students who had been in class a while began telling new students, ‘Just wait until she teaches you Latin. It’s awesome! I couldn’t have passed my reading test without it!’”

Wolf was one of 17 Wyoming Department of Corrections officials who received IMSE training last May in Casper, one of the state’s few large cities. Another four who were hired after May’s session attended a training seminar in Denver in February.

Wolf said in 27 years of attending teaching workshops, the IMSE training “brought the most improvement in the shortest amount of time with the simplest implementation.”

Betty Abbott, the Educations Programs Manager for the Department of Corrections, said the results in the inmate population have been “a big success.”

“We work with a population that was never successful in the public school system, so we have to think out of the box,” Abbott said.

Wyoming has one of the country’s lowest recidivism rates — about 25 percent will return to prison for a new crime or a parole violation. Nationwide, more than 67 percent of released prisoners were rearrested, according to a study from the Bureau of Justice Statistics.

Abbott credits Wyoming’s low recidivism rate to the state’s investment in educating the prison population. At any given time, Abbott said 181 inmates are participating in Adult Basic Education classes in the state’s five facilities — four for men and one for women. Last year, 380 inmates went through the ABE program, Abbott said.

Abbott said Wolf’s success using Orton-Gillingham is not an isolated one. Abbott noted how women inmates at the correctional center in remote Lusk, Wyo., quickly discovered how to break down words and read a newspaper.

In prisons nationwide, 3 in 5 offenders can’t read and 85 percent of juvenile offenders have trouble reading, according to the Literacy Project Foundation.

Konne Rife, the Field Public Information Officer for the Wyoming Medium Correctional Institution in Torrington, said implementing Orton-Gillingham into both the ABE and English as a Second Language classrooms has led to a “huge improvement in learning the English language.”

“I have personally observed more self confidence with student learning in the classroom,” Rife said. “This approach builds not only vocabulary, but is a powerful tool in teaching reading and writing. The inmate population has a range of low readers to high readers. Using this approach, we are able to address a student’s needs to ensure success, particularly with low readers.”

One inmate within the WDOC said through the specialized approach he understands “that there are three groups of words: Latin, Greek and Anglo Saxon” and that “words can be created using different tenses: past, present and future.” Another said the program has helped him “with learning prefixes, suffixes, tenses and base words.”

After finishing a small book by himself, one inmate in his 50s said “I did it! I didn’t ever think I could do it.”

Rife noted a recent conversation with a parole agent asking whether the WDOC had a program that would teach an illiterate 29-year-old inmate who had never attended school to read and write.

“I explained to her that WDOC Education has been trained in Orton-Gillingham and explained the instructional approach to her,” Rife said. “She was excited that this inmate would have an opportunity to learn to read and write as he has expressed the desire to learn.”

Abbott said the educators meet once every other month to discuss the training and ways to implement it into the WDOC educational plan. The next meeting is April 27-28 with a key goal to make sure inmates meet college and career readiness standards.

“The success for me is having my teachers tell me how great this is,” Abbott said.


Outside The Square – Part 1

Jennifer Aniston on her dyslexia