Signs and Symptoms of Dyslexia

The following are symptoms of dyslexia. A person does not have to have all symptoms to be dyslexic and likewise a person having one or two of these symptoms isn’t necessarily dyslexic. 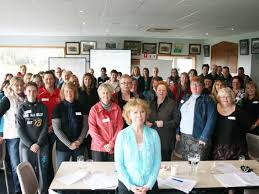 The dyslexic teenager or adult will have many of the symptoms described above. In addition:

Strengths of people who are dyslexic

Dyslexic people have a unique brain function which makes reading, spelling and writing difficult. However they often have strengths or are gifted in other areas controlled by the right hemisphere of the brain. These talents show particularly in creative areas and design. Therefore artistic skills, athletic, musical, cooking and mechanical ability, imagination and creative thinking are often areas in which dyslexics excel.

ADD is a totally separate and different condition to dyslexia. However research has shown that approximately 40% of people who are dyslexic also have ADD (or ADHD)

A small amount of people who are dyslexic also have a sensitivity to light, this is sometimes called scotopic sensitivity. This condition makes it very difficult for them to read black print on white paper as the print seems to move about. This can be remedied by using different coloured paper as a background or using coloured plastic overlays, which makes the print stay still.

When to seek Help

If 6 or more of these warning signs exist, especially if there is a history of dyslexia or ADD/ADHD in the family, you or your child should be assessed for dyslexia.
NB A child with no learning difficulties can often exhibit a number of these symptoms up to the age of 6 years.

The Advantages of Being Dyslexic