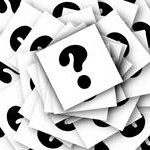 What Does Dyslexia Mean?

“Dyslexia” literally means ‘difficulty with words’ (from the Greek dys = difficulty and lexis = language/ word). In some countries like Australia, dyslexia is frequently referred to as a ‘specific learning difficulty’ (SLD) which mainly affects the development of literacy and language related skills.

How do I know if I’m Dyslexic?

The main symptoms of dyslexia include difficulty with writing and spelling, and often with reading, and working with numbers. A dyslexic person may also have problems putting things in order, following instructions, and may confuse left and right.

The most common characteristic is that people have difficulty reading and spelling for no apparent reason. The person may be intelligent, able to achieve well in other areas and exposed to the same education as others, but is unable to read or spell at the expected level.

Dyslexia is often associated with inability to read but many dyslexics have no problems with reading or if they have it is because they take much longer than a non-dyslexic person does to read the same piece of text. However all dyslexics have problems with spelling and writing Dyslexia or SLD can be hard to diagnose unless the problem is severe. Some dyslexics do not have much difficulty with early reading and spelling tasks but do experience great problems when more complex language skills are required, such as grammar, understanding textbook material and writing essays.

Despite intensive research, the exact causes of dyslexia remain unknown. The following are some of the explanations provided:

Dyslexia is actually all about how the brain processes the information at hand. And it is now generally accepted that dyslexic people seem to process information in a different way from the rest of the population.

The Brain and Reading

Dyslexic brains function differently because they are organised differently. Much research has been carried out to show that people consistently use the same part of their brain when they read. People with dyslexia use different parts of the brain than the rest of us, and the part of the brain associated with reading doesn’t work as well as it could.

Another explanation is that the nerve connections in the brain are not set in the way that they are in a ‘normal’ brain. It was explained to me that, when something is learned, for example eating with chopsticks, you first see the chopsticks but have an idea of how to use them. So, you try to use them and you’ll probably fail. Then you try again and maybe this time get it right. As you continue to use chopsticks over the months the nerve paths in your brain develop to allow you to use chopsticks without thinking about it. However, in the dyslexic’s brain this does not happen, the nerve paths do not develop as quickly, if they develop at all. This means that the dyslexic person has to effectively relearn how to use the chopsticks each time they use them. While a dyslexic person may not be too concerned about using chopsticks, this example is true of all learning. This is the reason why techniques using reinforcement and repetitive exercises, are used in teaching dyslexics.

How do People become Dyslexic?

Dyslexia is likely to be present at birth and the person will have it for life. Most cases of dyslexia are hereditary, but it is possible for the condition to occur after birth. Young children who suffer glue ear – blockage of the ear through infection – may have interrupted development of the auditory system. With this occurring at such a critical stage of development, sound reception and phonological awareness may be impeded, leading to acquired dyslexia.

The gene is not always inherited directly from the parent – sometimes the parents will have a sibling or immediate relative with the disorder.

How common is Dyslexia?

Dyslexia is the commonest cause of learning difficulties for children and young people in schools and colleges.
It is estimated that Dyslexia affects between approximately 4% and 10% of the population. It is not a disease that can be cured and it isn’t a symptom of low intelligence. Dyslexia can occur in people of all abilities, and dyslexic people are frequently of average or above average ability. It is found in all socio-economic groups and in every country in the world.

Dyslexia is considered to be a type of specific learning disability and research has found there is a high probability that dyslexics will have other at least 2 other Specific Learning Difficulties, for example autism, aspergers, specific language impairment, ADHD and dyspraxia.
In 1998 a study conducted by Kaplan found that 63% of dyslexics tested were also dyspraxic, which would account for poor gross and fine motor control. ADD is a totally separate and different condition to dyslexia. However research has shown that approximately 40% of people who are dyslexic also have ADD (or ADHD).

Are children with Dyslexia badly behaved at school?

If children and young adults have dyslexia that hasn’t been diagnosed and supported, many can become badly behaved in school.
Consider the impact of being asked to copy reams from the board every day when the print is moving and blurring or being asked to follow a list of instructions when after the first 2 you can’t retain any more. What about being asked to write a story or an essay when you can’t spell or have no idea how to organise your writing? And worse; how about having to stand up and read in front or your peers or being asked to come to the front of the class and write on the board?

Many dyslexics I have spoken to, or read about, say that they resorted to behaving badly at school because being told off for bad behaviour by their teachers was infinitely better than trying to complete work they knew was impossible, failing in front of their peers and looking like an idiot.

I read an article by a Headteacher who runs an extremely successful school in England catering for all children but with a high percentage of dyslexics. Her enthusiasm to provide a dyslexia friendly school came about from her own experiences as a dyslexic. She said that at school, “I couldn’t spell and I couldn’t learn from the way they were delivering the curriculum, which was to do with teachers talking a lot and writing quickly on the blackboard. We were expected to take notes and that’s the aspect of school life I found the hardest, so I cheated and lied and became destructive.”

A recent study in England showed that 40% of the prison population were dyslexic. Many dyslexics are lucky enough to have the support of their family and teachers and stay on the straight and narrow. But 40% is a high figure, too high to be coincidence. Whilst I am not, for a minute, suggesting that your child might end up in prison, you have to ask whether a person (who is not supported by his parents and school) might rebel from a society that denies them an appropriate education.

Why wasn’t my Dyslexia picked up before?

Dyslexia is a permanent disability which often goes unnoticed until a child starts school. Then a child (and later an adult) knows something is wrong but cannot understand why they find it so hard to cope with the work that others find so easy. This often results in stress, lack of confidence and self-esteem.

A dyslexic person’s difficulty is not visible compared to a person in a wheelchair, for example and therefore it often goes unrecognised by teachers, lecturers and employers. The result can often be that the person is labelled “Lazy” or “Slow,” “a daydreamer.”

It is easy to blame a school for not recognising that a child is dyslexic. However, teacher training universities cover the main areas of teaching and a very small proportion of that time is spent covering “Special Needs” in general. I taught for 10 years before I attended my first diploma course about dyslexia. I knew of dyslexia, had read articles about it but once I attended the course I realised I didn’t understand the condition at all. I thought back to a number of pupils who were intelligent, able, but I couldn’t bring their reading and spelling to the level that matched their age, let alone their ability, no matter how hard I tried using the conventional teaching methods that worked for all the other pupils. Once I realised that these methods would never have worked I felt so guilty and just wanted to contact them and say, “come back I know where I’ve gone wrong!” Teacher training colleges then didn’t cover dyslexia at all.

I know that In Australia dyslexia isn’t as high profile as in countries like America and the UK. When I run courses for teachers about making their classrooms “Dyslexia Friendly” many tell me that a lot of the information I give them is totally new to them. So it is understandable that teachers may know a pupil has a difficulty, but be unable to diagnose the difficulty let alone know how to remediate the symptoms. That is how an assessment will help. The report will explain your child’s weaknesses and contain recommendations for the school to help support your child in class and individually.

I am worried my employers will find out I am Dyslexic, what can I do?

Many dyslexic adults have found effective strategies to cope with their disability. However, at work they may be asked to perform certain tasks that they find very difficult. Because dyslexics are normally very creative, good communicators and are able to think “outside the box” they are often noticed by their employers and promoted to higher positions. Unfortunately these positions can place new demands on them and suddenly their employers wonder why they are experiencing problems.

Even without promotion dyslexic employees will find certain aspects of their employment difficult. For example they may read documents more slowly, find it difficult to retain a lot of information at one time, have problems filling in forms, confuse sequences of numbers etc. They may dread having to write anything in front of their colleagues or being asked to give a presentation.

Employers may consider that their employee is careless, for example, when writing reports, inputting data or making calculations involving money. They may also feel that the employee is taking more time than necessary to complete work assignments. They do not understand that the dyslexic employee needs to read everything more than once to check for errors.

However there are so many small changes that companies can make, to make life so much easier for the dyslexic employee. My reports will provide strategies for coping at work and at home and lists of free resources to help you. I can also include recommendations for your employers.

Many companies are now seeking to make the workplace “Dyslexia Friendly” to improve staff retention and productivity. IBM in the United States is an excellent example of this.

Signs and Symptoms of Dyslexia