ADHD and Dyslexia are Not Metaphors for Laziness or Stupidity 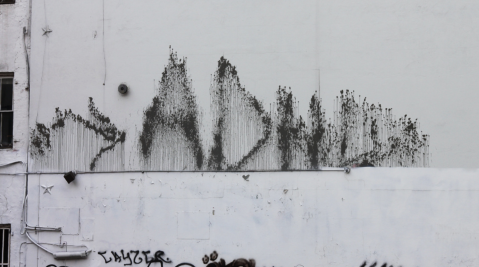 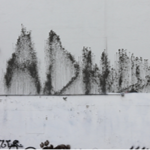 For the majority of young British people, parents’ evenings are awkward encounters at best. For those of us with a specific learning difficulty such as ADHD or dyslexia, or even both, parents’ evening can be humiliating, distressing occasions. They often leave us with a feeling of, “am I really that person my teacher was just describing?” Their description will usually include a lack of concentration mistaken for a lack of care, intellectual curiosity mistaken for arrogance, difficulty completing homework put down to laziness, so on and so forth.

Admittedly, diagnosis seemed to improve things a little. Once there is actual evidence that all that daydreaming in class and spelling “exaggeration” like “igzajjerayshon” is a genuine issue rather than a lack of trying or intelligence, you can get a little ‘support’ to make up for it. However, even in spite of the clear evidence, the stigma from authority figures continues in subtle ways. The teachers ‘congratulate’ you on getting your exam support, as if you cheated the system in order to get it. “Well done on your 25 per cent extra time!” they would say, as if it was an achievement of sorts. When parents raise concerns about their child’s learning, a particularly ignorant teacher’s default response may often be, “well, they have their extra time.”

Extra time or use of a computer for the purpose of an exam should be viewed as something of a necessity, not a prize to be won. After all, it is necessary for those of us who must read the exam question for a significantly longer time than others, or are cursed with handwriting speed well below the national average. I, for example, would not be attending the University of Manchester studying English Literature had it not been for the extra support I received for my specific learning difficulties. And no, it is not because I am less intelligent or capable than my counterparts; I know my Hamlet. It is because, out of my control, I was born with difficulties that prevent me from performing to the best of my ability in the standard exam set up.

Even one of the most reasonable teachers I encountered at school dedicated three minutes of one of our lessons to indulge in a rant about the ‘unfair advantage’ given to students with specific learning difficulties. The truth of the matter is that extra time, or use of a computer, is not an ‘unfair advantage,’ but a bid for academic survival. It may not eradicate the humiliation of reading aloud in class or attempting to convince a GP that the struggles that one experiences on a day-to-day basis are not simply ‘a part of life,’ but it helps. This exam support makes the often disastrous situation of exams easier for those of us put at a distinct disadvantage in them.

So why, when it is possible that 3.62 per cent of boys, and 0.84 per cent girls between the ages of 5 and 15 years old have ADHD, and approximately 10 per cent of the entire population have dyslexia, does society still have such a warped view of these very common disabilities? There is an argument, one which I strongly agree with and have previously written in favour of, to rebuild the British education system completely, creating a system that is designed to work not just for the ‘norm,’ but for everyone. However, until that inevitable educational revolution, isn’t it about time that some teachers put their prejudices aside in order to make a child’s school years a less confusing, demeaning, and difficult time for those who do not quite fit within the current system?

Perhaps the prejudice comes from a lack of understanding, as approximately 74 per cent of teachers do not feel they have had adequate training in teaching individuals with dyslexia. This would make perfect sense in explaining society’s stigma against specific learning difficulties, as it is often the case where things which are misunderstood get attacked or stigmatised. It happens in the animal kingdom, and it happens in our society, too. If this is in fact the case, perhaps more money should be set aside for, and research dedicated to, bettering our understanding or specific learning difficulties and finding new ways to support those who have them. This process had better happen quickly though, before a significant amount of our funding for scientific research disappears along with our membership of the European Union (as well as our dignity as a nation).

Wherever the prejudice comes from, whatever the source, society must first make sure that undiagnosed specific learning difficulties are not mistaken for laziness, stupidity or a whole heap of other labels that get pinned on those who have them. As well as this, as a country, we must begin to work hard to make sure that, post-diagnosis, children and adults are given the support they need, without judgement, in order to live comfortably and on a level playing field with their peers in school, university, and the workplace.

Exams Will Never Measure Your… POSTER